The Start of a New Album (Reality Becomes a Dream)

It was late September, 2015. I had that exhilarating feeling I get when I’m ready to begin writing new music. Then, it happened. After running up a long flight of stairs, I felt a twinge in the back of one of my legs. No problem, I thought. But the next morning I dropped to the floor in horrendous pain. After four hours of waiting for the pain to pass, I had my wife call for an ambulance. At the hospital, I was given some tests, pain killers and sent home. I thought that was the end of it. I didn’t realize it would take over two years of physio and exercises to enjoy being active again.

I learned that I had a hamstring injury and a back sprain. I used a cane to walk for the first few days. Playing guitar would be 2 ½ months away. I found hope in an unwanted, four-octave keyboard that I took home from school when I retired from teaching. I was able to sit at this keyboard for brief stretches. Thus began my new album, “The Tropical Dream”. I ended up writing nine pieces on this keyboard and three others on guitar when I could play again. It was a new and exciting change for me!

I worked throughout the rest of the fall and the winter. I frequently looked out the window at the falling snow and felt a sense of despair, but also a deep joy about the music I was creating. Eventually I began dreaming about escaping to a tropical paradise. I knew that this was a common wish for many people who live in a cold climate. I gradually discovered that I was loosely outlining a vacation, with my instrumental compositions guiding the journey. The destination was not important, but it had to be somewhere warm. Each piece became a little vignette. I began describing the music as “tropical”. I fused musical genres from the Caribbean through to South America with my own musical “voice”.

Typically, I would write all of the arrangements and create demos at home, including my guitar parts. Later in the process, I would redo them all in a studio. However, due to my situation, I decided to use most of the guitar parts I was recording as the final parts for my album. They had a sense of urgency to them that I didn’t believe I could recapture. I just wasn’t sure if the method would work. I would be building a layer cake with my parts being the first layer. Unorthodox, for sure.

By late spring, I thought I had a solid album. I spent the summer tweaking things a bit more. The rest of the work involved project planning, organizing recording sessions and overseeing performances. Despite many hurdles and delays, it came together very nicely. As of this writing, it is mostly in the mixing stage.

I’m certain that many of you who live through cold winter seasons, chase "The Tropical Dream". What you will hear is mine. I hope, in some ways, you can make it yours too. 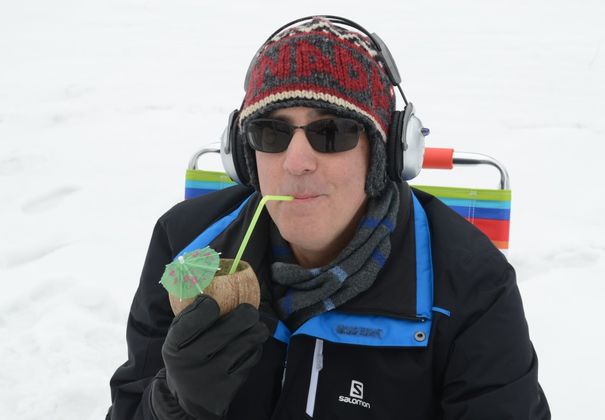